Showing posts from June, 2012
Show all

View Vimeo Videos or other sites blocked in India

Last month many of you must have typed www.vimeo.com in your favourite browser to view videos of your choice. But as soon as you clicked the play button, nothing happened. The same thing happened to me and I wondered whether my Airtel broadband was working or not. After searching a little bit I was able to find out the reason for Vimeo’s videos were not playing. An Indian court order made sure that any site hosting copyrighted material illegally has to be blocked by Indian ISPs. So in compliance with the court’s order, our law-abiding ISPs promptly blocked these websites. But not every video on these sites are infringement of copyright law. Anyway, let’s try and find a way to not only play Vimeo videos but also access other blocked sites. The easiest way is to download  and use freeware to browse your favourite sites. You can download it from HERE . Once downloaded, simply unzip the file and run the exe file. Once the program runs, it will open your default browser (in my ca
1 comment
Read more

How to write in Hindi on Facebook or anywhere else. 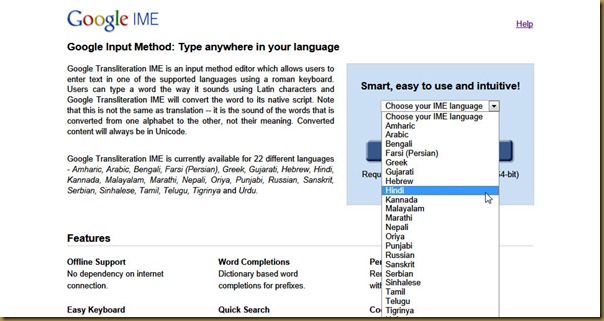 Internet’s penetration in India is increasing exponentially and so is the need for communicating in one’s own language. Information and thoughts are easily exchanged if expressed in one’s own language. With the diversity of India, English became a common language of conversation between speakers of different languages and schooling in most parts of India is done in English. Still a large population converse in their mother-tongue and there is no reason why they should not do the same over the web. With the advent of social networking sites like Facebook , the need of typing in one’s language has increased. I have already shown you a way on how to write in Hindi (or for that matter in many other Indian languages) here . I am going to show you another way of typing in Hindi (or other supported Indian languages). Thanks to Google Transliteration IME , we can easily write in may India languages i.e. Bengali, Gujarati, Hindi, Kannada, Malayalam, Marathi, Oriya, Punjabi, Sanskrit, Tamil,
Post a Comment
Read more 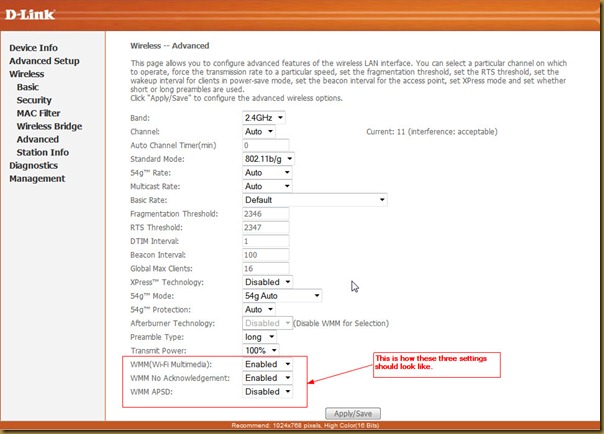 I have earlier posted the on how to configure Dlink 2750U wifi router for Airtel broadband connection. Now after having configured this router and taken care of security settings etc.; when I started using my Nokia 5800 smartphone for browsing, I could feel the slowness of browsing speed. I searched for a solution and finally found one. Here I am going to share the same with you. So for all those who are experiencing slow browsing with Nokia phones; all they have to do is go to http://192.168.1.1 and give login and password (default login/password  is admin/admin) Now Click on Wireless and then on Advance . Final configuration should be as shown below:- That is WMM(Wi-Fi Multimedia): Enabled WMM No Acknowledgement: Enabled WMM APSD: Disabled Click Apply/Save. Now browsing on your Nokia phone should be fast. Blogger Labels: 2730 , 2750u , Nokia , WLAN , Dlink , Wifi , Router , Airtel , configuration , Multimedia
Post a Comment
Read more

For the past Seven years I have been a user of Airtel Broadband and have faced problem 3 times. Two times it was because of ADSL2+ modem and they sent the engineer promptly (Probably a perk of living in Delhi) . First time the problematic modem was replaced (from 220BXi to 110BXi) but on second time (May 2012) I was told that I would have to buy the modem myself as Airtel now does not support CPEs(customer premises equipment). So after some searching on net I decided to buy Dlink 2750U; which has in-built ADSL2+ modem with 4 LAN port, 1 USB port and 1 RJ11(DSL) port to connect your ADSL line; from Flipkart . As a side note, I must say that delivery of Flipkart is just amazing. Front View Back View   The box contains everything you need to connect your ADSL connection. I connected the ADSL line from splitter to DSL port, LAN port of PC to LAN port of the router and switched it ON. Now let’s start the process of configuring the router. Though a configuration CD was pr
38 comments
Read more
More posts