One fine day you boot up your computer and as usual double click on Internet Explorer to get ready to browse the World Wide Web. But wait.... what's this, instead of opening Internet Explorer you are presented with "Open With" dialog box. You think that maybe IE is corrupt. Then you fire your Firefox. Still the same Open With dialog box appears. You try to start your anti-virus...same, your anti-spyware....same. In fact you are not able to launch any of the EXE file. Press Panic Button..... YES. Because you are infected by a virus. Will you be able to run your EXE's again....Probably YES (if virus/worm has not done too much damage).

I faced this problem in my office yesterday. I double clicked on My Computer and the on my C:  drive and I was again presented with Open With dialog box. Now my exe's were not working AND I was unable to browse my C: drive using My Computer route.

I first thought of fixing the drive part and found a utility called FixDrive. All I had to do was to download it and run it, and that's what I did. But when I tried to run FixDrive I was again presented with Open With dialog box (I actually forgot that I was unable to launch my EXE's) . The first thing that came to my mind was that the machine has been infected by some virus/worm (later to be proven right.), but my anti-virus was also not functioning. It seemed that my EXE file associations were messed up as when I double clicked a text file or doc or ppt the application could open and display those files. Thus I first had to correct that to be able to do anything further.

Since nothing was working I decided to try to open a stored HTML page by double clicking on it. And yes, my Firefox came to life and now at least I could browse. After a little bit of searching I found a registry fix to correct my EXE file association for Windows XP. Since I was suspecting a virus/worm attack, I went to Eset's Online Scanner to scan my system. It actually found a worm and deleted it. I decided to wait for the scan to complete so that no other trace of Virus/Worm was left behind.

After that I went about fixing my exe file association problem. Since I was not able to open my notepad, I double clicked on a TXT file and then save as exeFix.reg. This way I was able to edit the file in notepad.

A word of caution:- These files change registry entries. Apply these changes at you own risk and do not blame me. I already warned you.

Then I pasted the following code in exeFix.reg and saved it on my Desktop:


Now I double clicked the REG file to let it import the entries and Rebooted. This was the reason I had not applied the reg file first. As the worm would have overwritten everything again on reboot. Now I confidently rebooted my system knowing fully well that there were no virus/worm in my system.

After reboot my EXE files started to work again and I was able to run all my programs.

A word of caution:- These files change registry entries. Apply these changes at you own risk and do not blame me. I already warned you.

Popular posts from this blog

For the past Seven years I have been a user of Airtel Broadband and have faced problem 3 times. Two times it was because of ADSL2+ modem and they sent the engineer promptly (Probably a perk of living in Delhi) . First time the problematic modem was replaced (from 220BXi to 110BXi) but on second time (May 2012) I was told that I would have to buy the modem myself as Airtel now does not support CPEs(customer premises equipment). So after some searching on net I decided to buy Dlink 2750U; which has in-built ADSL2+ modem with 4 LAN port, 1 USB port and 1 RJ11(DSL) port to connect your ADSL line; from Flipkart . As a side note, I must say that delivery of Flipkart is just amazing. Front View Back View   The box contains everything you need to connect your ADSL connection. I connected the ADSL line from splitter to DSL port, LAN port of PC to LAN port of the router and switched it ON. Now let’s start the process of configuring the router. Though a configuration CD was pr
Read more

First of all I would like to wish my Lil’ sis “A Happy Birthday” I joined facebook sometime back and I am so happy that I did. I found a lot of my school friends there and now I am addicted to it. I am from Delhi, India (as are most of my school friends). I started conversing with them in Hindi (most of the time) as I feel that one can express better in his/her mothertongue. Unlike Orkut, Facebook does not support typing in Hindi, so I am presenting here a way to write comments, posts etc using Google's service. To be able to type in Hindi, you should have Firefox (The Best Browser). Same Procedure can be used with Internet Explorer. Read my comment no. 26 for changes required for Internet Explorer. The procedure for different languages remains the same for all the languages as with Hindi. Right-click on the links below for different languages: [अ Type in Hindi] [অ Type in Bengali] [અ Type in Gujarati] [ಅ Type in Kannada] [അ Type in Malayalam] [अ Type in M
Read more 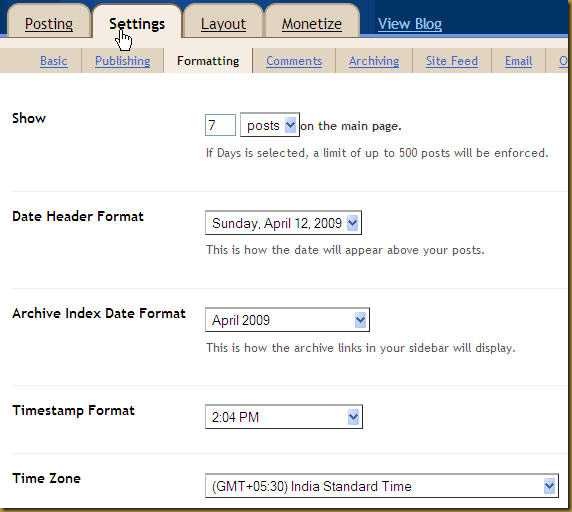